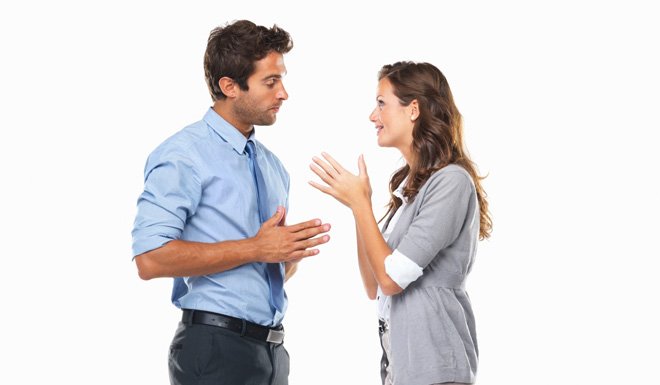 I am sure you have either seen or participated in “triangulation”, a term coined by Murray Bowen, a psychiatrist who is the father of Bowen Family Systems therapy.

Triangulation occurs when the emotional dynamics between two people are stressed and one person turns to another and talks about the first to relieve stress. It is similar to gossip which strives for the same end: stress relief. The problem with triangulation is that it does not effectively relieve stress and simply creates more problems as the third person is drawn in to the dynamic and nothing is solved between the first two.
What is required is that the one doing the talking to the third needs to learn emotional self-regulation and assertive communication skills. Assertive means “calm and direct”, not aggressive.

Triangulation is learned from family members and peers. It takes awareness to stop it as well as learning emotional regulation skills. Think of who in your family of origin or among your peers practiced triangulation. You can consciously choose to do things differently.

Why is it so harmful to a couple? According to Stan Tatkin (PACT), a couple is strongest when they support each other in a safe “couple bubble”. That bubble is broken by triangulation.

Thirds is a concept from Stan Tatkin of PACT and is a similar concept to triangulation, also dangerous to a couple, and perhaps harder to see. Any person, activity or interest that takes one half of the couple away for any period of time can be considered a “third”. This idea is similar to the expression “3rd wheel”. Addiction, pornography, a friend or a family member who occupies the time of one member of the couple or work or school that takes one member away for significant amounts of time can create a wedge in the closeness and safety of a relationship. Too often, it is too late by the time people see what or who got in the way before the fabric of the relationship begins to unravel.

In order to protect your relationship, make your relationship primary, number one, and the most important thing in your life along with your own self care. Friends are good, but be careful about letting them edge in too close to one or the other of you. Once your relationship begins to unravel, dynamics can be hard to see and control.

PACT couples therapy can help you strengthen your relationship and catch those dangerous dynamics before they cause too much damage.